The risk of the most serious cardiovascular events, including cardiac ischemia and stroke, was not higher for breast cancer survivors who received an aromatase inhibitor compared with tamoxifen users, a study published in JAMA Oncology has shown.1

For the retrospective study, researchers analyzed data from 13 273 postmenopausal women with hormone receptor (HR)-positive breast cancer diagnosed between 1991 and 2010, and followed up through 2011, from California. Patients had no prior history of cardiovascular disease.

However, researchers found that women who received an aromatase inhibitor only or sequentially after tamoxifen and nonhormone users had an increased risk of other cardiovascular disease events, including dysrhythmia, valvular dysfunction, and pericarditis, compared with tamoxifen only users. The authors note that this finding necessitates further study. 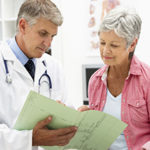