Survivors of childhood brain tumors would like nothing better than to live normal and independent lives as they age into adulthood. Some survivors achieve that goal; some achieve part of that goal; but some patients will never be able to live independently for the rest of their lives. What factors predict independence in adulthood for these survivors?

Tara Brinkman, PhD, of the Department of Epidemiology and Cancer Control at St Jude Children’s Research Hospital in Mephis, Tennessee, and her colleagues undertook a study with the goal of better understanding independence in adult survivors of childhood brain tumors.1 Although specific aspects of independence have previously been described, past studies did not consider how individual indicators coexist in the context of everyday life [T Brinkman; personal communication; August 2018]. The St Jude group also wanted to examine predictors of self-sufficiency and identify potential targets for intervention to improve independence in adult survivors.

In this study, functional and social independence was assessed in 306 survivors of CNS cancer, whose median age was 26 years and average time from cancer diagnosis was 17.6 years. The most common treatments were craniospinal irradiation (CSI) and focal irradiation. Eighty-one percent of survivors were able to complete the questionnaires independently while 19% needed the help of a significant other.

Using a latent class analysis (LCA) of interview responses, survivors were classified as independent (40%), moderately independent (34%), or nonindependent (26%). In the LCA, multivariable data (the 6 indicators) were matched with latent variables (classes of independence). In this way, unmarried or not living with a partner suggests a patient may have a limited social network but not a lack of social relationships. Similarly, a patient who does not drive may simply have a greater dependence on others for social engagement as opposed to being socially isolated, the researchers explained to Oncology Nurse Advisor. 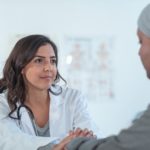